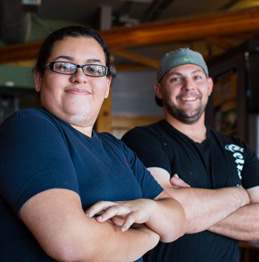 Like many students with disabilities, Glindys Donis-Bonilla attended a transition program after graduating from high school.

But unlike many before her, she began working with Lifeworks before she had graduated – a process that jumpstarted her search for a job.

From March to August 2016, Donis-Bonilla met periodically with Lifeworks Career Placement Counselor Elaine Hartl to plan for her future. With Hartl’s help, she participated in a variety of job tours outside of transition school hours and saw firsthand what it was like to work in environments such as warehouses, offices, labs, and grocery stores, among others.

This partnership between her transition school and Lifeworks was encouraged by Dakota County in an effort to ensure that community-based employment was the number one option before considering alternatives like sheltered workshops.

After working briefly at Goodwill and Panda Express, neither of which was an ideal fit, Hartl told her about an opportunity to work as a food preparer and dishwasher at Celts Pub. 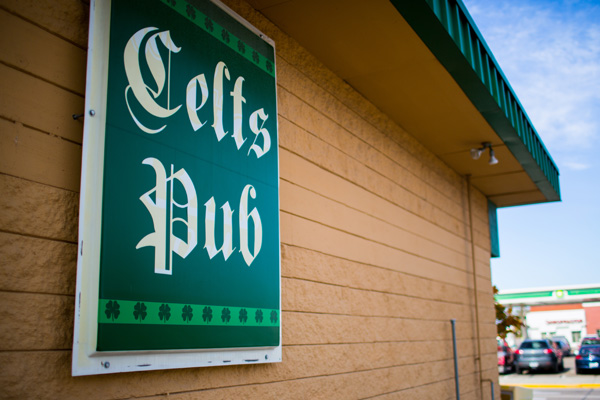 Just days later, Donis-Bonilla had a successful interview and started her new job at Celts, which is located near the intersection of South Robert Trail and 145th Street West in Rosemount.

Today, a little more than three months after starting her new position, she is flourishing in a role that better aligns with her strengths, interests, and career goals. And it’s not just her that’s benefiting.

“Glindys is really good at organizing,” said Kitchen Manager Carl Troje, who serves as her supervisor. “I’m trying to show that there’s a whole other workforce in this time right now where it’s so hard to hire people. There are people that want to work, you just have to find those right types of people and utilize their strengths.”

To ensure that she has everything she needs to be successful on the job, Donis-Bonilla meets periodically with Lifeworks job coach Amanda Swanson.

“I pop in about once or twice a week,” Swanson said. “Other than that, she’s very independent. She’s been doing fantastic.”

While you’ll often find her using a commercial meat slicer to prepare a variety of ham, turkey, roast beef, and chicken for consumption, Donis-Bonilla is also quick to step in and help out, especially when Troje is inundated with orders during a lunch or dinner rush.

“Sometimes my boss needs help. If he’s out for a little bit, then I just do the order for him,” Donis-Bonilla said.

When she gets a chance to enjoy some of Celts Pub’s delicious food, including cheese curds, which are her personal favorite, it’s an added perk to a job that has been everything she wants in employment.

Troje, who has worked at Celts Pub for seven years, including the last two as kitchen manager, found out about Lifeworks from a friend who works with individuals with disabilities as a teacher.

“It was really easy, you just called [Lifeworks] and told them what you wanted,” Troje said. “Within a week or two, they said Glindys was interested and came in for an interview, so it was really quick and simple and very professional.”

With Donis-Bonilla excelling as a member of the Celts team, Troje is leading the charge to hire more individuals with disabilities.

“We’re trying to work on getting somebody to come in and do dishes at night,” Troje said. “I’m trying to prove that there’s a workforce here to be had, and you might as well take the opportunity while you can.”

Celts Pub is one of nearly 300 Lifeworks employer partners in the Twin Cities and greater Mankato area. Interested in working with us to hire individuals with disabilities at your workplace? Visit our Employer Partnerships page for more information or call us at 651-454-2732.