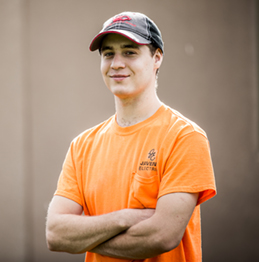 Although Josh Meagher is one of more than 800 individuals with disabilities supported by Lifeworks at community job sites, his career is far from ordinary.

As an electrical apprentice for Javens Electric of Mankato, Meagher is part of a team of 30 that provides commercial and industrial wiring and maintenance services across southern Minnesota.

Meagher has been directly hired by Javens since September 2015. As his title suggests, he doesn’t have formal training as an electrician, but that hasn’t stopped him from jumping in, learning on-the-job and making valuable contributions.

“I’ve learned a lot of stuff,” Meagher said. “Everything you need to know about lights and how to carefully put those up without having them fall on you.”

As he builds his knowledge and experience at a variety of job sites large and small, Meagher is also enrolled in a four-year online program through the Minnesota 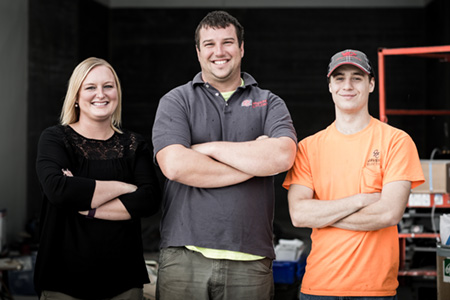 Electrical Association – the first step toward removing the “apprentice” tag from his title and improving his future job outlook.

“Everything is new and it’s fun doing this stuff,” Meagher said.

While he acknowledged that learning in a classroom is important, Meagher prefers the hands-on experience he gets working 40 hours a week for Javens.

“There’s more information that you can gather on the job site than in the class,” Meagher said.

Meagher was first introduced to Lifeworks while he was still in high school. After working with the Minnesota Valley Action Council to find his current position, he was referred to Lifeworks for a bit of extra support to help ensure his long-term success.

He is one of about a dozen Lifeworks associates in the Mankato area supported by job coach Chelsea Skinner, who meets with him every two weeks to check in and discuss any issues with his work or classes.

Prior to joining the Javens team, Meagher had never held a full-time job. Today, as he helps upgrade wiring in older buildings and make installations in new buildings, he demonstrates his ability to adapt quickly while occasionally working unusual hours, sometimes even waking up around 3 a.m. to travel to job sites. 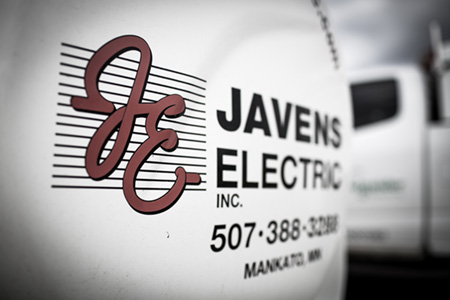 Most job sites that Meagher works at are within 20 minutes of his home in Madison Lake, but others require him to travel as far as two hours away. Regardless, he shows up each day with a conspicuous desire to learn and succeed.

“The smaller jobs, you have to get stuff done right away,” Meagher said. “You’ve got to work really fast. There are jobs that are kind of big, and you have time to learn more because you can ask more questions than smaller jobs.”

Regardless of whether he’s working on a smaller or larger job, both have their benefits. On smaller jobs, he has the opportunity to do more of the work himself because there are fewer Javens employees there. But the larger jobs afford him the opportunity to learn by example, something he has done a lot of in the past 12 months with Javens.

Through both his hands-on experience and online learning, Meagher said he has observed many different ways to accomplish the same task; it’s learning which method is the most effective for him that has been one of his biggest takeaways after a little over a year on the job.

Javens Electric is one of nearly 300 Lifeworks employer partners in the Twin Cities and greater Mankato area. Interested in working with us to hire individuals with disabilities at your workplace? Visit our Employer Partnerships page for more information.