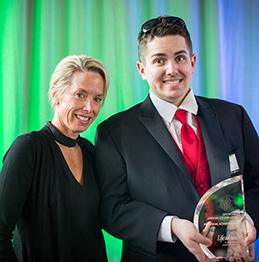 The 2017 Lifeworks Annual Celebration was the start of a new era for the organization, as President and CEO Jeff Brown served as emcee after joining the Lifeworks family in January.

“I am so proud to be part of Lifeworks and be on the forefront of supporting people with disabilities and their families to live full and extraordinary lives,” Brown said.

Presented by Atomic Data, Blue Cross and Blue Shield of Minnesota, and Carlson Commercial, this year’s celebration of people with disabilities and the individuals and businesses who support them raised a total of $475,000!

“I’m humbled by the many supporters of Lifeworks in this room tonight,” Brown said.

The support we received from our community was overwhelming, and we are so grateful to everyone who made a contribution! 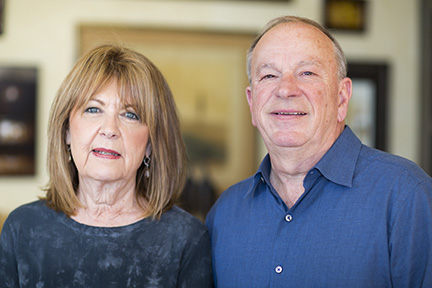 Pat and Michael Houston generously provided a $10,000 matching gift at the 2017 Lifeworks Annual Celebration, resulting in $31,000 raised from gifts $250 and below.

We are especially grateful to:

Atomic Data CEO Jim Wolford, who donated two auction items that raised a total of $21,250, in addition to being a Presenting Sponsor and personal donor

An anonymous Lifeworks family who donated $25,000

Longtime Lifeworks supporters Michael and Pat Houston, whose $10,000 matching challenge allowed donors of $250 and below to double the impact of their gift

The Lifeworks Annual Awards, presented every year since 1986, headlined the evening as five individuals and one business accepted awards:

Geldernick took the place of longtime board member Al Woodward, who retired from the board after serving two stints: first from 1978-1986 and again from 2005 until 2017.

To close out the evening of celebration and giving, Lifeworks band Rock of Ages put on an incredible show.

Thank you to everyone who attended the 2017 Lifeworks Annual Celebration. We’ll see you next April!

Relive the moments! View photos from the evening on our Flickr page, and watch the award videos for Maggie, Niko, Jon and Andy, Dennis, and Lunds & Byerlys on the Lifeworks YouTube channel.