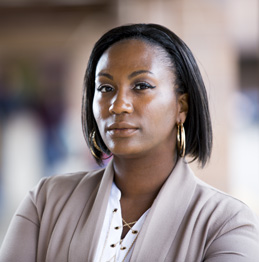 At age 13, LaToya Lewis gave birth to her son Malik, who was born with Down syndrome. As a young child, Malik was also diagnosed with autism and faced many additional sicknesses and challenges.

“I had little to no help raising him – just really on my own,” Lewis said. “He had like three or four appointments a week as a baby because he also had a heart murmur when he was born.”

Despite these challenges as a young, single mother, Lewis persevered and continued her education. After graduating from high school with nearly a dozen scholarships, she attended St. Catherine University in St. Paul.

“I think people are shocked when they’re like: she raised him on her own, he had special needs, no help from anyone, and she also went to college,” Lewis said. “I’m happy to say that I’m beating the odds and doing more than what the typical teen mom or young black girl is doing.”

As a single mother attending college and caring for her son, Lewis needed some extra help to get by. In 2009, she turned to Lifeworks for support and enrolled in the Consumer Directed Community Supports program. This allowed her to focus on her goals and ambitions without compromising the safety and happiness of her son. 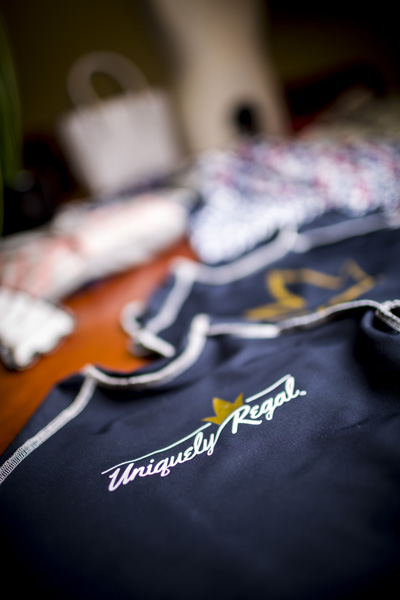 “My son was approved for a county waiver to help with his needs and his social worker had gave me a list of fiscal companies I can choose from,” LaToya Lewis said. “She recommended Lifeworks just from her personal experience working with families. I’ve been with Lifeworks ever since.”

Though she began her undergraduate career fueled by a strong interest in clothing design, it didn’t take long for her to realize that the St. Kate’s fashion program wasn’t for her. Ultimately, she would graduate with a degree in social work – but not before having a life-altering idea.

“One day I was walking on campus and out of the blue, this vision just literally came down on me of a compression jacket: stylish, looked like everyday clothes,” Lewis said. “Ever since then I just had the dream to design stylish, weighted, and compression clothes for kids with behavioral challenges.”

Combining her passion for fashion and social work, she began conceptualizing a product line. By 2013, she had her first prototype in-hand. The following year, she founded the company Kreative Clothing Designs LLC and launched the brand Uniquely Regal.

Through Uniquely Regal, her goal is to provide a fashionable alternative for children with sensory processing disorder and other similar disabilities who benefit from weighted clothing.

“I know my frustrations and troubles with getting my son dressed and how he did not like the medical-looking compression vests I was putting on him,” Lewis said. “He would always just take it off and throw it across the room.”

Despite a lack of experience as a business owner, Lewis has grown interest in her unique products with an infectious optimism and down-to-earth personality that she credits to her experiences as a teenage mother of a child with disabilities.

“I found several parents who are interested and I also took the initiative to go out to local clinics and doctors and asked for their opinions,” Lewis said. “They all said [they] have not seen anything like this. As of now, we do have a few orders placed in for weighted polo shirts.”

For Lewis, surpassing expectations has been a common theme since she first had Malik 16 years ago, and her experience as an entrepreneur has been no different.

“There was never an expectation to push through and succeed,” Lewis said. “It was because of the hardships experienced by caring for Malik that enabled me to naturally get through and take on endeavors that most individuals found difficult.”

Though she won’t often admit it, Lewis said she is proud of herself for all of her accomplishments and hopes that her story will inspire others to remain optimistic through adversity.

“I’m just a mom who had a vision,” Lewis said. “I took what I know from my personal life and my challenges and turned it to a positive. I just want to help other families that is going through the same thing I am. I feel like, when it comes to fashion, everyone should be inclusive. I’m here to say I’ve been there, done that, and I’m here to help others and turn this into a positive when it comes to clothes.”