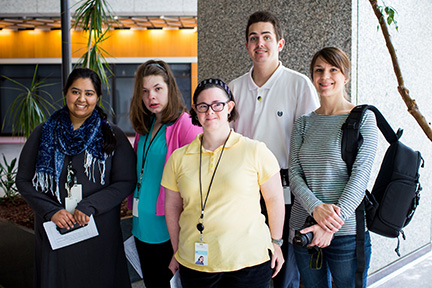 In June 1999, a United States Supreme Court ruling that would become known as “Olmstead” was handed down, requiring states to eliminate unnecessary segregation of people with disabilities and ensure they are receiving services in the most integrated setting possible.

But it wasn’t until a decade later, at the behest of President Obama, that the Civil Rights Division of the Department of Justice began enforcing the Olmstead ruling in earnest, eventually requiring each state to develop a plan to meet its requirements.

“It may have taken more than 10 years for the federal government to start enforcing Olmstead, but Lifeworks was ahead of the curve,” said Lifeworks Vice President of Services Mary Lenertz. “Lifeworks was founded on the belief that being included in the community benefits the greater community as much as it benefits people with disabilities.”

Lifeworks Associate Glindys Donis-Bonilla works in the kitchen at Celts Pub in Rosemount.

In addition to Olmstead, the Workforce Investment and Opportunity Act was signed into law by President Obama in 2014, mandating an employment-first approach to providing services to people with disabilities.

For Lifeworks, the Olmstead and WIOA rulings, along with a slew of other directives emphasizing person-centered, integrated service delivery models, have only reinforced and validated the work the organization has been doing for more than 50 years.

Since the 1980s, Lifeworks has helped thousands of people with disabilities find competitive, community-based jobs. Lifeworks associates are working in corporate services at Allianz Life, as lab assistants at Ecolab, in customer service at Best Buy, and in various other roles for more than 300 businesses of all sizes throughout the Twin Cities and greater Mankato area.

“Lifeworks didn’t need a government mandate to figure out that people with disabilities benefit from working in the community,” said Lifeworks Vice President of Employment Services Kim Mueller. “Community employment has been our focus for over three decades.”

RELATED: A Successful Transition: How Glindys Donis-Bonilla Joined the Team at Celts Pub

With grant funding from the Otto Bremer Trust, F.R. Bigelow Foundation, and Wells Fargo, along with generous contributions from families, Lifeworks launched a new community-based small group career development program in January 2016. Though the program is considerably more expensive to operate, the results speak for themselves.

“Because the program is 100 percent community-based, it better prepares job seekers for meaningful work at local businesses,” said Leah Simmons, who facilitated the pilot group based at the Securian offices in St. Paul. “From job tours to learning how to use public transportation, it helps people take charge of their job search and gain real-world experience that it’s tough to get anywhere else.”

By offering smaller group sizes, more one-on-one staff support, and job shadowing opportunities throughout the community, the pilot proved to be far more impactful than traditional center-based programs that utilize a classroom model. And participants were able to find a job that fits their skills and interests – paying a competitive wage – much more quickly.

On top of that, early data indicates a cost savings potential of up to $7,000 per person in the years after they’ve found a job. 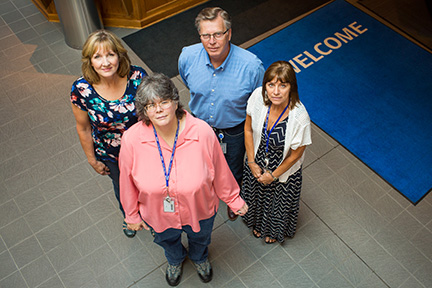 Denise McCofferty was hired by Uponor after participating in the Lifeworks small group career development program.

In short, the program is not only more cost effective, it’s better at helping job seekers find a career that matches their interests.

Without the support of Mark Geldernick and Securian, the Lifeworks small group career development pilot might not have launched.

Geldernick, who serves as second vice president of law for Securian, is also the chair of the Lifeworks advocacy group at the organization. In this role, he took on the task of locating space within Securian’s downtown St. Paul offices that Lifeworks job seekers could use as a home base.

“I worked with our facilities folks to see if we could find a location,” Geldernick said. “One of the wrenches in it was trying to figure out how you can have non-employees within the building considering all of the security issues we have around customer data.”

With Geldernick’s persistence, they identified a space that the Lifeworks group could use.

“We’ve been partner organizations for a really long time,” Geldernick said. “It was just some internal snafus to work through initially, but people were supportive, and we figured out how to make it work.”

Finding a space for the program was just the tip of the iceberg. After it began, the advocacy group helped job seekers set up job tours, served as career mentors, and connected them to other people in their network. 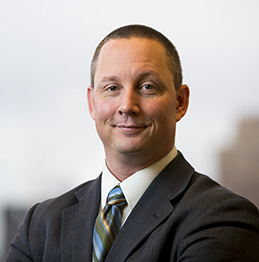 Mark Geldernick is the chair of the Lifeworks advocacy group at Securian. He joined the Lifeworks Board of Directors in April 2017.

“I worked with a guy for a little while [as a career mentor],” Geldernick said. “It ended up not being that long because he got a job right away – it was a great reason to cut it short.”

And it wasn’t just Geldernick’s investment that made the program work. Lori Koutsky, head of the Securian Foundation, Barb Baumann, former Lifeworks board chair, and Jodi Cruz, mailroom supervisor, are also strong advocates for Lifeworks within Securian.

“There’s a lot of people here that really support Lifeworks, which is great,” Geldernick said. “Of course, the entire advocate team.”

By October 2016, all job seekers from the Securian pilot group were offered positions and moved on with their career journey. Moving forward, Securian has offered opportunities for job seekers to engage with their staff in their corporate lunchroom.

“They’re tweaking the program, so they’re going to use it more as a drop-in space from time to time,” Geldernick said.

Through Securian, Lifeworks was also introduced to the Friends of the St. Paul Public Library, who helped form a partnership between Lifeworks and the George Latimer Central Library. This partnership has led to co-hosted career speaker sessions in downtown St. Paul that benefit not only job seekers with disabilities, but all members of the community.

2017 and beyond: discontinuing subminimum wage work

Although the organization’s focus has always been on helping people with disabilities find work in the community at a competitive wage, Lifeworks previously held a special wage certificate that allowed individuals to be paid based on productivity, often leading to workers earning less than minimum wage.

To better align with the organization’s goals of promoting inclusion, self-direction, and independence for people with disabilities, Lifeworks chose to become one of just a handful of disability service providers statewide without a special wage certificate as of March 1, 2017.

“Our team at Lifeworks believes that inclusion comes from being treated the same, rather than differently than colleagues and co-workers,” Mueller said. “Being paid less than minimum wage is a barrier to independence. We want people to be able to learn new skills and advance in their careers, and that’s extremely challenging to do when you’re restricted by a special wage certificate.” 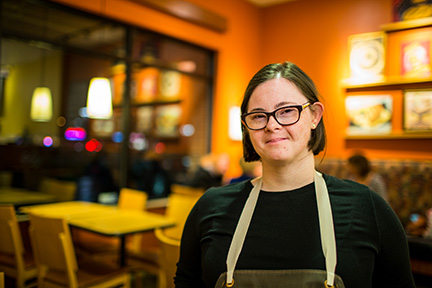 Lifeworks supports upward of 650 people on the job, less than 10 percent of whom were previously working for a subminimum wage.

“Our employer partners have really stepped up to the plate,” Mueller said. “90 percent of them continue to work with us despite additional costs for some as they increase wages.”

The added benefit of paying people a competitive wage is that they’re not bound by the restrictions of a special wage certificate, meaning that workers can perform a wider variety of tasks as business needs dictate.

With the small group career development program continuing to help job seekers begin and advance in their careers and all Lifeworks associates earning a competitive wage, 2017 promises to be another year of strong growth for Lifeworks and the people with disabilities that we serve.

Do you have a disability and want support finding a job? Interested in hiring people with disabilities at your business? Contact Ashley Oolman at aoolman@lifeworks.org or 612-695-2289.