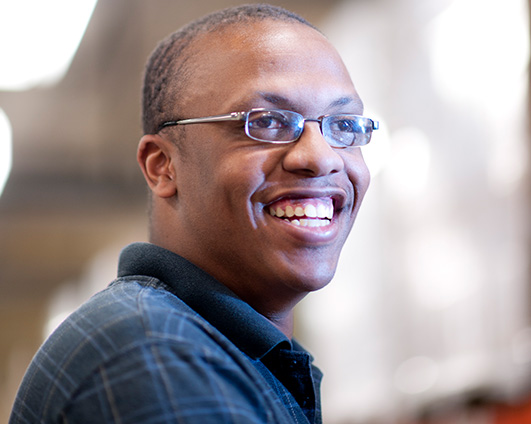 The Lifeworks Annual Awards celebrate the accomplishments and contributions of people with disabilities and the individuals and businesses who support them. Each year, an independent selection committee is assembled to review nominations and select winners in the following categories:

Lifeworks is pleased to present its 2018 honorees:

Employer of the Year: Ameriprise Financial

As a Lifeworks employer partner dating back 26 years, Ameriprise Financial has maintained a strong commitment to building a diverse workforce. Throughout that time, Ameriprise has provided mentorship, informational interview opportunities, access to specialized trainings, and flexibility for Lifeworks associates who utilize Metro Mobility or want to work remotely.

In addition to its long-term partnership as an employer, Ameriprise has generously donated to Lifeworks through its corporate giving program and served as a sponsor of the Lifeworks Annual Celebration.

In the last year, Ameriprise has broadened its relationship with Lifeworks by providing internship opportunities to multiple job seekers at its headquarters in Minneapolis, further demonstrating its commitment to inclusivity.

Approximately four years ago, Corey Baker joined the order-processing department at Christopher & Banks. Surrounded by blinking lights, buzzers, and co-workers constantly feeding him new products to pack, Corey has excelled in a fast-paced role that requires concentration and an eye for detail.

Though Corey had a lot to learn initially, he has worked exceptionally hard to pick up the nuances of his position and is currently among the most productive members of his team.

Through his work, Corey is happy to be able to support his family, often using his paycheck to buy groceries and fulfilling his desire to be a contributor.

As a small child, medical and education experts told Ajani Lewis-McGhee’s parents they shouldn’t expect he’d be able to accomplish much, due to his limitations. But AJ, as his friends at work call him, thrived as his family concentrated on his strengths.

For the past seven years, AJ has been an employee at Allianz Life Insurance Company of North America where he has consistently learned new skills, advanced, and shared his knowledge with co-workers as a trainer.

After years of preparation and focused development, AJ not only moved into his own apartment, but also independently planned a well-attended housewarming party.

Outside of work, AJ is very involved in politics, having served as a call bank volunteer and a doorknocker for Keith Ellison, Barack Obama, and Jacob Frey.

As the leader of the Lifeworks Brooklyn Park self-advocacy group, Lori Noland empowers people with disabilities to meet with their elected officials, sit in on committee meetings, and network with nonprofits and other advocates.

After several years of leading the group, Lori has taught countless individuals about their rights and helped them build authentic connections with the people who represent them by visiting the Capitol every Tuesday during the legislative session.

Lori has also played a pivotal role in arranging open houses where legislators have the opportunity to tour Lifeworks Brooklyn Park and meet with many individuals with disabilities, including those who may not be able to visit the Capitol.

Volunteer of the Year: Josi Wert

For more than 10 years, Josi Wert has been leading a weekly women’s book club for people with disabilities at Lifeworks Eagan. Nearly every Tuesday, she volunteers her time to read to a group of captivated women, many of whom have been in the group since it began.

Josi’s role as volunteer leader of the book club has created a community of readers who come together to be swept up in a story. While some women in the group are unable to speak or communicate easily, Josi goes the extra mile to make sure they are included and able to fully participate, socialize, and immerse themselves in the weekly ritual.

Even during times when she has faced challenges in her personal life, Josi has remained committed to the book club, always making the women involved a priority.

Thank you to everyone who submitted a nomination for the Lifeworks Annual Awards! A special thank you goes out to this year’s selection committee:

These individuals volunteered their time and had the difficult task of choosing just five award winners from dozens of nominations.

Get your tickets! This year’s award winners will be honored at the Lifeworks Annual Celebration on Thursday, April 26, 2018 at The Depot in Minneapolis!