Although Hanratty & Associates was recently purchased by New York-based USI Insurance Services, its dedication to supporting the local community has not wavered under the new name of USI Minnesota.

On Monday, August 22, the newly merged company hosted a charity golf tournament benefiting Lifeworks – the third straight year that they’ve brought supporters together in honor of the Lifeworks mission to serve our community and people with disabilities as we live and work together.

USI Minnesota President Justin Hanratty dedicated this year’s contributions to Lifeworks President and CEO Judy Lysne, who is retiring at the end of 2016 after 43 years of service.

“What I respect about Judy is that she’s always fighting for people with disabilities to give them a better life,” Hanratty said. “What a great calling she’s had.”

Thanks to the generosity of USI and its sponsors, more than $60,000 has been donated to Lifeworks in the past three years. 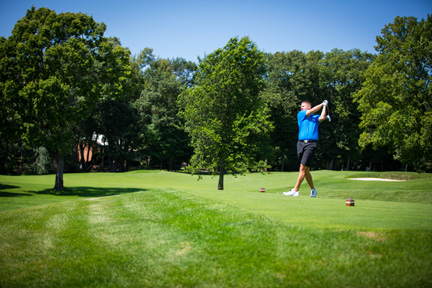 To see photos from the event, please visit the Lifeworks Flickr page.